A reliable source has informed one876entertainment.com that Spice experienced complications because a segment of her intestines ruptured during surgery, and later caused an infection which her doctors had to treat aggressively with a round of antibiotics.

“Spice may have had a hernia. Most plastic surgeons are capable of repair of an abdominal wall hernia and a general surgeon may not be asked to be part of the process unless the hernia is complex, associated with chronic bowel blockages or the plastic surgeon chooses to involve a general surgeon. All can to done at the same time,” one plastic surgeon, who spoke on condition of anonymity, told one876entertainment.com.

“Additional imaging should have been done. Patients should be subject to further testing prior to a procedure like liposuction, especially open abdominal surgery, especially if previous surgery had been done to the area before.”

The doctor said “one of the common complications of open abdominal surgery can be development of a hernia or bulge over time”.

“Remember that the mere presence of a hernia can make it risky to perform liposuction because of the increased likelihood of entering the abdominal cavity during your procedure,” he said.

In a situation where there is a hernia, segments of the intestine may break through a weakened section of the abdominal wall. This creates a bulge where the bowel can become obstructed if it is trapped or tightly pinched in the place where it pokes through the abdominal wall.

“Frequently hernias are repaired at the same time as a tummy tuck. The hernia can be also be repaired during the same procedure as liposuction for the BBL,” the surgeon said. 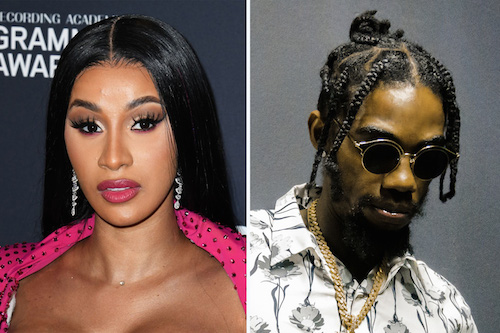 Cardi B and Offset vibe to Alkaline’s ‘Move Mountains’

Drizzy teams up with Kapri for ‘Glory’