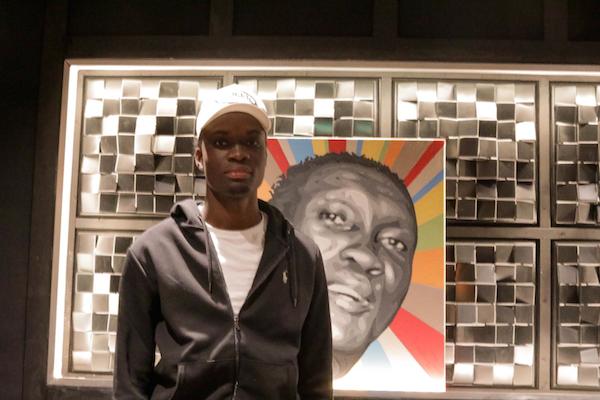 Rookie dancehall producer Damoy Samuels, the son of the late producer Patrick ‘Roach’ Samuels, has high hopes that he can carry on the legacy of his late father. He has launched his own record label, Time Travel Records.

“I am definitely doing this to keep his legacy alive and because of the love I got for dancehall music. Before he died, he had wanted to do a label called Time Travel, so I am fulfilling that dream he had. The name of my first project is Island Boom. It has a couple songs, Chronic Law, Gyptian, Teejay, Cregis and more,” the 23 year-old Damoy Samuels said.

The Island Boom project will be released on the Time Travel Records and will be available on all download platforms in March. Samuels is Patrick ‘Roach’ Samuels’ second eldest son.

On September 15, 2013, police reported that the late Samuels — formerly the road manager of incarcerated dancehall artiste Vybz Kartel — was shot after leaving a party on Manning’s Hill Road in St Andrew, about 4:30 a.m.

The police force’s information arm, the Constabulary Communication Network, said that he left the party to respond to a phone call, when he was attacked and shot multiple times. The incident occurred at a popular service station, said investigators, who added that Samuels died at hospital. After working with Vybz Kartel, Samuels produced dancehall projects alongside Ja Productions such as the “Overtime Riddim”, which features the hit song ‘Settle Down’ by Mavado, and ‘Clean Heart’ by Beenie Man, and Khago’s ‘Tun Up Di Ting’ and Aidonia’s ‘Caribbean Girls’ on the ‘Overproof Riddim’.

Samuels grew up in Jamaica where he attended St. George’s College but migrated to the United States of America when he was in the 3rd form. He attended Samuel J. Tilden High school in Brooklyn, NY and while there, he began to experiment with music. He was at first interested in becoming an artiste.

“I was thinking about being an artiste. I did a song in memory of my father, ‘Dreams’, in 2015 when I was younger. I was more on the performance side of the game but over time, I began to learn about production and I liked it more. So I began to experiment with plug-ins and programmes Fruity Loops Studio, Reasons and Logics, and I have a definite skill for it and an ear for music like my father,” he said.

The young producer isn’t a trained musician but he is dedicated and committed to widening his knowledge base.

“I’m not very good with all the instruments but I try to learn each chance I get,” he said.

Samuels said that the dancehall industry gives him a lot of support because of the respect generated by his late father.

“Yeah, I get crazy love, respect and support from the streets, big up South Side straight,” he said.