Jodian Fearon, who died at the University Hospital of the West Indies over the weekend, about six hours after delivering her daughter at the Spanish Town Hospital,

“My beautiful daughter. My princess. Words can’t explain. I never knew I would be saying this,” Fearon’s distraught mother wrote on Facebook on Sunday in tribute over Jodian’s death.

Prime Minister Andrew Holness disclosed on Monday that the police have started an investigation to determine whether anyone was criminally negligent in relation to the tragic death of university graduate, 26-year-old Jodian Fearon, last Saturday, a day after she gave birth.

Fearon died after being denied care at several private and public Corporate Area hospitals, including the Seventh-Day Adventist-run Andrew’s Memorial Hospital in St Andrew, where she was scheduled to have her baby delivered, seemingly over fears that she had the coronavirus (COVID-19).

She eventually gave birth at the Spanish Town Hospital, but that was after she was also unable to access the Victoria Jubilee Hospital (VJH) and the University Hospital of the West Indies (UHWI). It emerged later that she had tested negative for the virus.

The full force of the state and all its resources must be placed in ensuring that we get to the bottom of this issue, and those who are responsible must be held to account,” he continued.

The prime minister said even at this early stage, from the information in the public domain so far, it appears that the duty of care that Fearon was entitled to, was not executed.

“The case must be fully investigated. We must protect lives,” he insisted.

For his part, the Health and Wellness Minister, Dr Christopher Tufton, said: “All the country is understandably upset about the incident”. 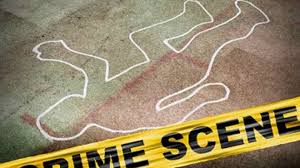 Five men cut down by police in August Town