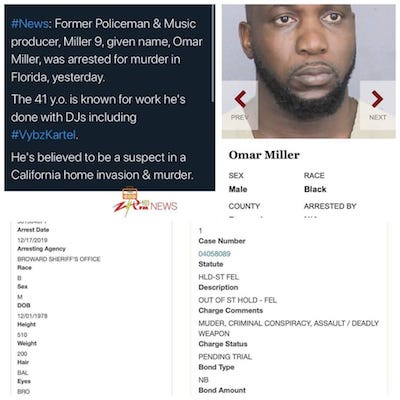 Investigators in Irvine, California have arrested two men who were suspected to be the perpetrators in a deadly shooting and home invasion over a month ago.

One of the men has been identified as Omar Miller, a former cop from Jamaica, who is known to be a record producer once affiliated to Vybz Kartel and the Portmore Empire.

The police had released surveillance video along with images of two armed men suspected in the Irvine homicide in November after the October shootings.

According to police blotters, police and firefighters had responded to a report of a man injured at a home on Bayleaf Lane at about 5:45 a.m. on Saturday.

Officers found one man who’d been assaulted and a second victim with a multiple gunshot wounds. The gunshot victim was transported and pronounced dead at a hospital. He had been identified as Raymond Alcala, 20, of Irvine.

The other victim’s injuries weren’t life-threatening.

Police believe the men entered the home to rob it and encountered the two people there.

At the time, Irvine police believed the case to be an isolated incident. 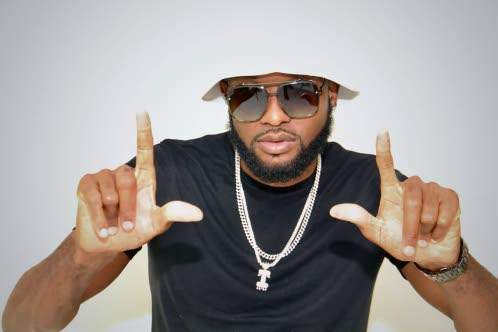 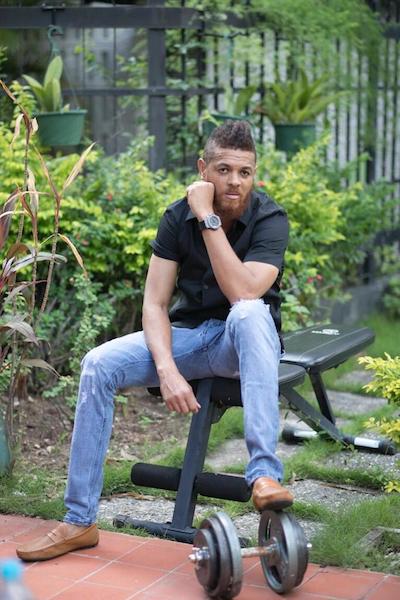