A security guard has been charged with the murder of his neighbour after they got into a dispute over garbage scattered by their dogs on Tuesday, March 2.

Charged is 56-year-old Leroy Martin otherwise called ‘Biggy’ of Carlton Mountain, Claremont in St Ann. He was also charged with two counts of wounding with intent and illegal possession of firearm and ammunition during the incident.

The deceased neighbour has been identified as 19-year-old Navagia Gray.

According to the police, about 11:00 am Martin and three of his neighbours, including Gray, got into a dispute over garbage scattered by their dogs. Martin reportedly left and returned with a firearm which he used to shoot Gray and the other two neighbours.

The police said the three neighbours were taken to hospital, where Gray was pronounced dead and the other two admitted in serious condition.

Martin was arrested yesterday and charged after a question and answer interview in the presence of his attorney. 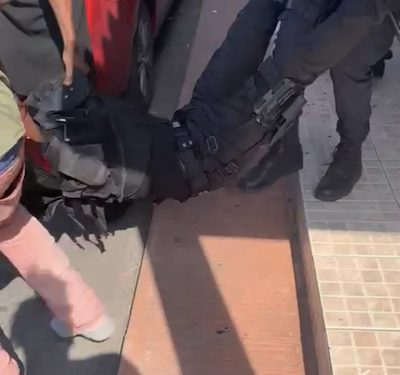