Dancehall artiste Elephant Man will be interviewed by the cops from the Jamaica Constabulary Force today at 2 p.m. in relation to a video making the rounds on social media where he is seen handling what appears to be a firearm.

“The police have indicated that they want to talk him. It’s not a question-and-answer session. He’s not a suspect and he is not charged,” defence attorney Christopher Townsend, the attorney for entertainer O’Neil ‘Elephant Man’ Bryan, told one876entertainment.com    in the meantime, another video has surfaced online, a different permutation of the Elephant Man video which had already sparked a police investigation, but this time, the scantily-clad woman is seen handing a gun to a man who is not Elephant Man. This video has raised a raft of new questions as to which video is authentic.

Head of the police Corporate Communications Unit (CCU) Assistant Superintendent Dahlia Garrick, revealed that she had not yet seen the new video but hinted that police investigators would be examining the video to find out if there had been “any manipulation”.   Townsend had already questioned the authenticity of a video that shows his client handling what appears to be a gun.   “What was once magic is now technology,” Townsend said.    “Things that appear in social media are not necessarily as they appear. It could be photoshopped, spliced and all kinds of things can happen. Now we don’t know which video was doctored. I had my own expert examine the Elephant Man video and there were two heads in that one,” Townsend added.

Over the weekend, the police had launched a probe after the video began making the rounds on social media. The eight second clip shows a scantily-clad woman cavorting playfully with an object, resembling a firearm, before handing it to the entertainer. 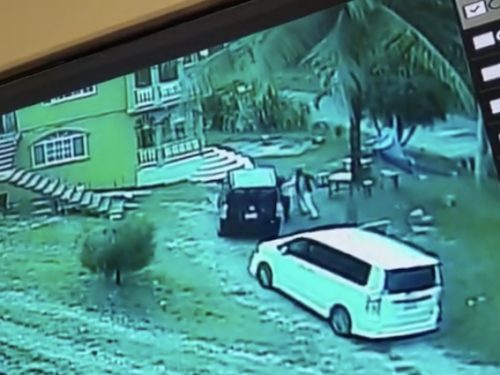 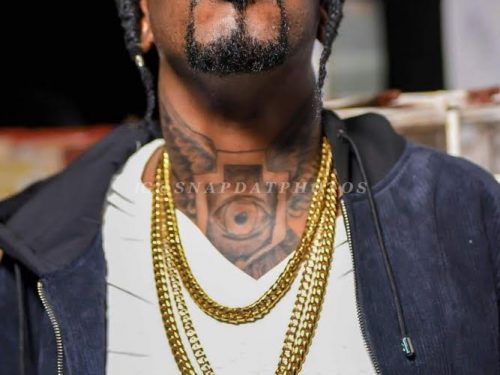