Attorney-at-law Berry Bryan, who represented the accused Sheldon Pusey in the murder case of former trade ambassador Peter King, was killed on Monday of this week at his Stony Hill residence in upper St. Andrew.

The body was found on Monday morning and sources in the police force confirm that the body was found with several stab wounds and appeared to have been battered. Mr. Bryan who was in his late 70s was awaiting a ruling from the Court of Appeal on behalf of his client, Mr. Pusey.

Mr. Pusey had been sentenced to 15 years in prison in April after being convicted of manslaughter in the stabbing death of ambassador King at his St. Andrew residence in 2006. Mr. Bryan made the appeal following the sentencing on the grounds that evidence had been suppressed.

The fallout from the controversial Peter King tapes continues to rock the island leading some schools of thought to theorise that there is a curse surrounding the tapes, or that certain key people who have knowledge of identities of people implicated are being removed.

“Peter King died setting in motion a series of events that on the surface look like they have no correlation, but you never know. There was that case involving celebrity publicist Marc Johnson last year, and then now, you have the death of Berry Bryan who some believe may have access to the Peter King tapes, it is a bit suspicious,” one source said.

The ONE876 News reported a few weeks ago that a desperate, deep-pocketed individual had offered in excess of $20 million for a trio of tapes.

A highly placed police source has revealed that an officer with access to the controversial Peter King sex tapes was offered $20 million to hand over at least three tapes which incriminate a particular man.

The tapes reportedly show the gentleman in question, a captain of industry who operates several businesses in Jamaica and who is a regular face in the social pages of local newspapers, in a series of humiliating and ‘acrobatic’ sexual positions with the deceased former trade ambassador Peter King.

“The tapes dem show the man using his tongue to pleasure Mr. King in ways that I cannot describe in a family newspaper,” the source said.

The ‘Sex Tape Saga’ had graduated into a pop culture phenomenon of sorts, dominating water cooler gossip where conversations were often punctuated by the provocative question: Yu nuh hear who and who de pon the tape? Now, many people are still running scared, reportedly having anxiety attacks about the possibility of ruined reputations if the evidence gets into the wrong hands. Extortion and blackmail are definite possibilities.

Three years ago, at least one police officer is said to have resigned his job in the wake of the intense speculation surrounding an alleged ‘starring’ role in the tapes, but a ONE876 probe was unable to ascertain whether his resignation was directly related to the said damaging tapes. Last year, Marc Johnson was killed at his apartment, provoking rumours that he had known the identities of some of the ‘lead characters’ in the tape drama.

In the wake of King’s death, several ‘down-low’ men had been scrambling to save their reputations, fearful that the tapes would be shown to a jury once the killer was brought to justice. In the months following King’s death, there were unconfirmed reports that some of the tapes had turned up missing.

Interestingly, none of the 460 videotapes, a significant number of which depict King’s lurid homosexual activities, had been tendered in court during the trial of Sheldon Pusey, much to the chagrin of defence attorney Berry Bryan. Now that Pusey has been convicted there are now fresh fears that the tapes may find their way into the public domain, and implicate men.

Police sources have revealed that the sex tapes, which are still in the hands of investigators, have ‘revealing’ scenes involving a number of well-known figures from the local media, business, political and even the entertainment fraternities. The clout wielded by these ‘pillars of society’ has already set tongues wagging that the police may be party to an extensive cover-up to save the reputations of these individuals.

The question is: What will happen to the sex tapes now that Pusey has been convicted and sentenced? And especially now that his lawyer has been murdered? 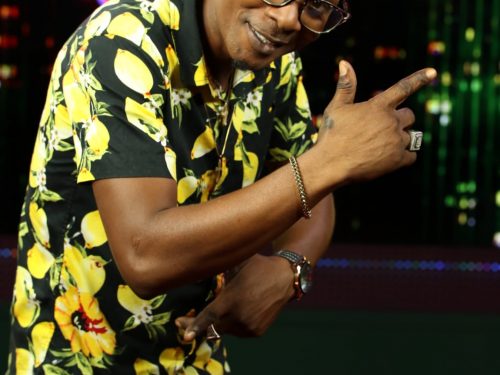